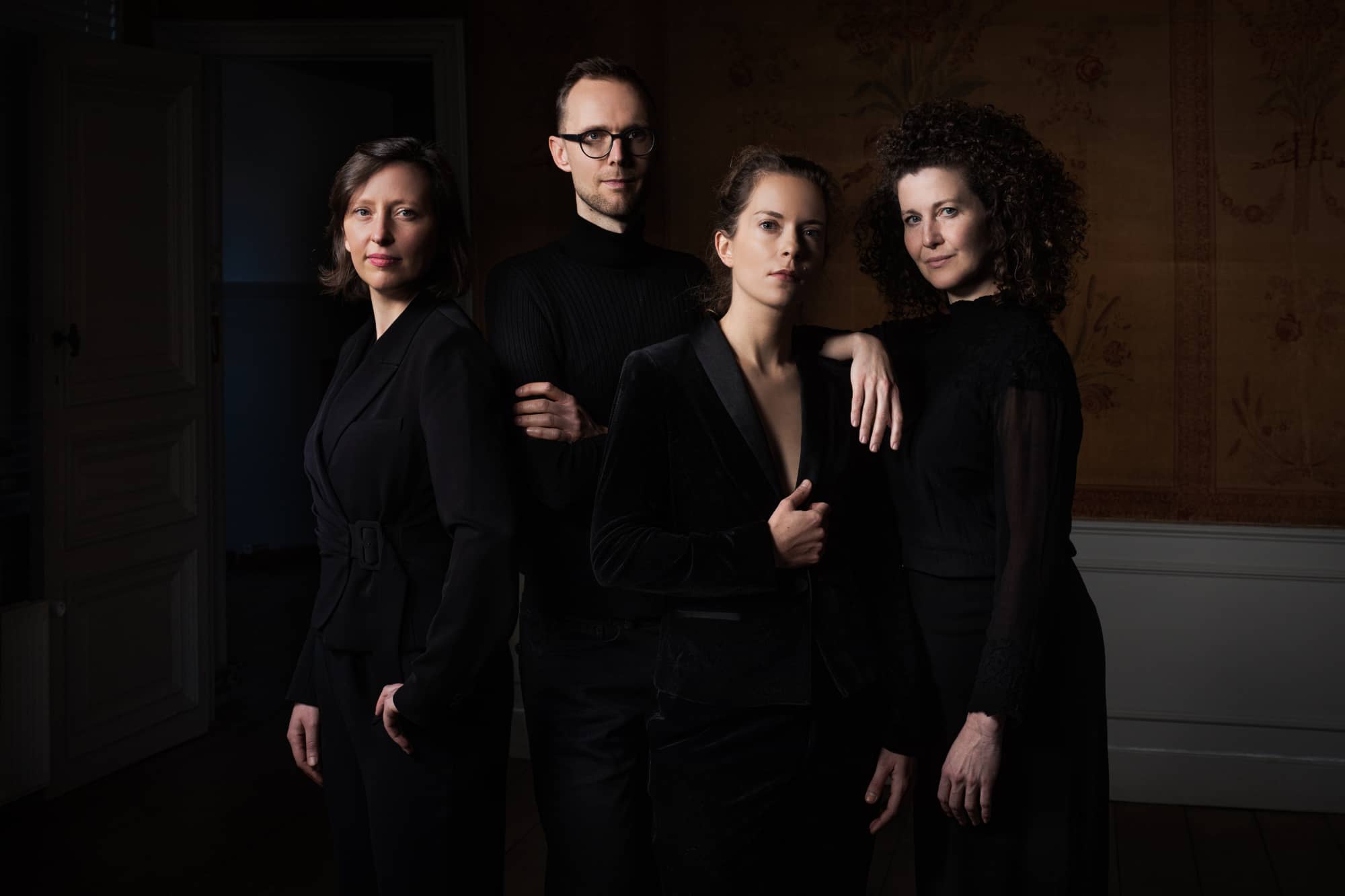 'They speak as one voice.'

'This ode to Misia is one of the most moving recordings I have heard in recent years. This is intense, sincere, profound and overwhelmingly beautiful.'

Revue Blanche is a vocal/instrumental chamber music ensemble with an unusual yet richly coloured combination of a soprano voice, the viola, the harp and the flute. Since its start in 2010, the ensemble has made rapid strides, of which winning the Klara Young Talent Award 2013, the YAMaward 2016 and the recording of the warmly welcomed ‘Shelter’ are definitely impressive ones. A new CD ‘Misia’ was recently added to their discography.

The ensemble was named ‘Revue Blanche’, after the French art and literary magazine of the same title, published at the end of the 19th century. The colour white (blanche) in the magazine’s name is symbolic: white is the sum of the entire colour spectrum and hints at the idea of the ‘blank slate’, waiting for opinions and tendencies to be written upon. This influential idea segues smoothly into the aesthetics the ensemble focuses on and results in a constant quest for interesting repertoire. The high-quality musical arrangements add even extra shades to the colour palette of the different instruments.

It is abundantly clear that the ensemble’s ambition is wide-ranging. Revue Blanche does not confine itself to the classical genre but is open to other contemporary art forms as well. Apart from the purely musical productions, it also concentrates on multi-disciplinary programs fusing visual arts, dance, literature and electronics. This symbiosis ensures intense concert experiences and an unparalleled renaissance of various artistic movements of Europe’s musical heritage. 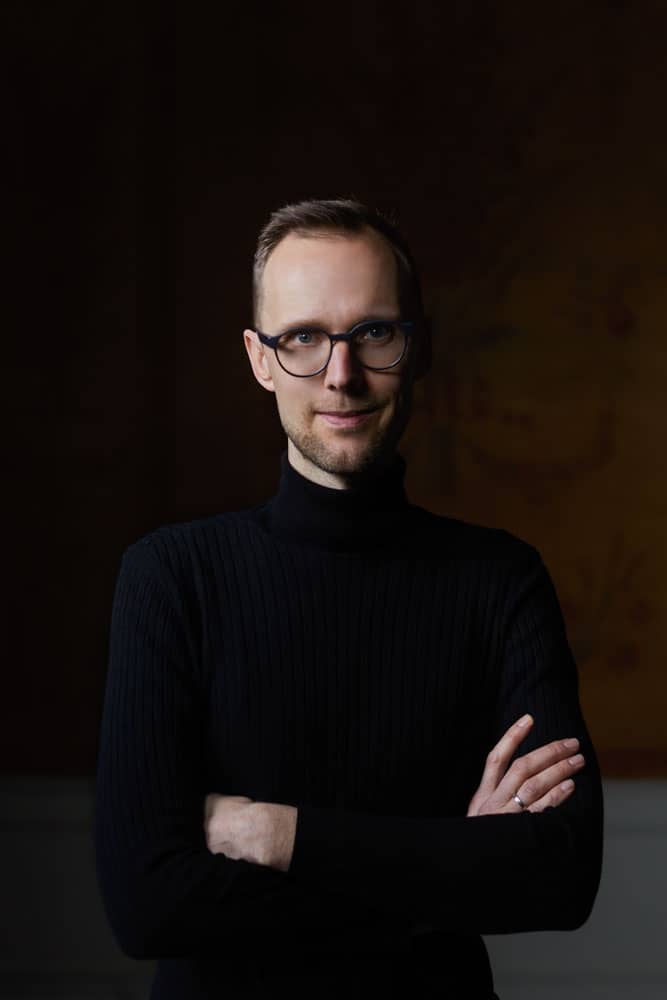 As a viola player, Kris is at ease in all genres. He grew up in a house that echoed with music. His mother taught him the accordion and at the academy in Heist-op-den-Berg he found his true love: the viola.

He is a committed and much sought-after orchestral musician. Since 2006, he has been principal viola player of the Symfonieorkest Vlaanderen and is regularly engaged as a principal in Belgian orchestras, such as La Monnaie, the Brussels Philharmonic and Le Concert Olympique.

He is also a passionate performer of the chamber music repertoire. He has developed into a sensitive "chambrist" thanks to years of string quartet training (with a.o. the Alfama Quartet) and numerous international master classes, but feels equally at home in more hybrid groups such as Revue Blanche.

Kris graduated with great distinction from the Lemmens Institute and the Conservatory of Maastricht in the class of Marc Tooten. He perfected his skills studying with Bruno Pasquier in Paris.

However, his musical quest goes beyond pure viola playing; his passion for music is becoming more blended with his talent for technology and computer science. He is at home in both photography and video editing, makes audio recordings and has recently taken a course in experimental and electronic music. 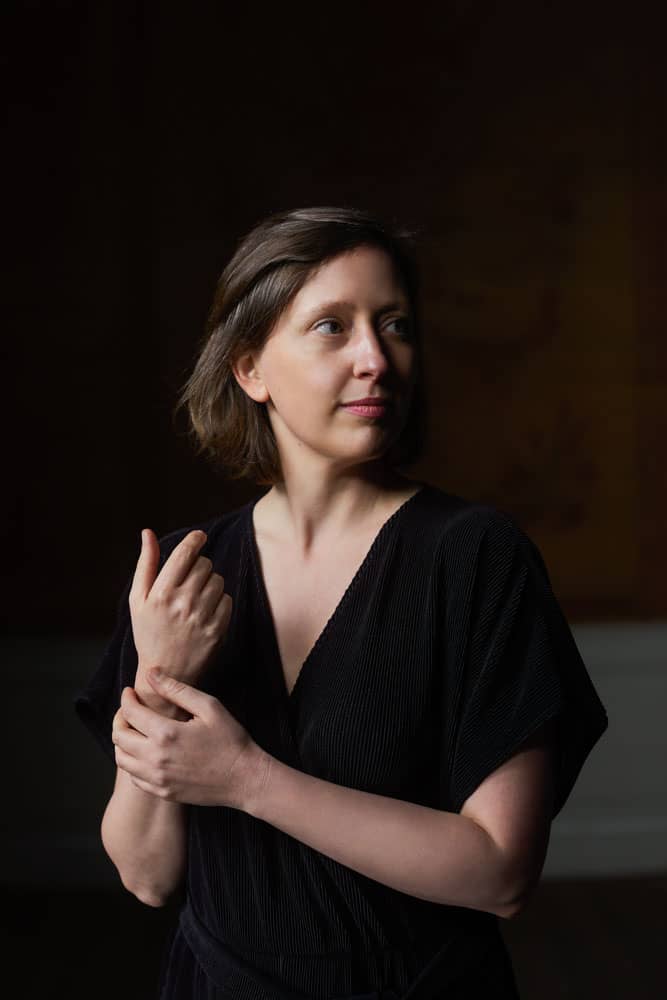 Anouk grew up in a family of music lovers. At the age of four, she accompanied her older brother and sister to violin lessons, which she subsequently started herself. She spent most of her youth at the music academy of Gentbrugge, where she delighted in singing and playing the harp, violin and piano. Here the seed was sown for her great love of chamber music.

It was the harp that finally took the upper hand and she studied at the Brussels Conservatory and at The Royal Academy in London. She also continued her studies with the renowned harp pedagogue Germaine Lorenzini.

As a chamber musician, Anouk is able to express herself fully within her ensemble Revue Blanche, and she freelances with Oxalys and Spectra.

Having a special affection for musical theatre, in 2013 she created ‘Un ballet réaliste’ with the duo Bilitis, commissioned by De Bijloke.  This was followed in 2015 by "Tips and Tricks", a performance about migration with music by Joris Blanckaert and text by Sarah Eisa.

Her organisational skills came in handy when she worked as a volunteer programmer for the Tête-à-Tijd festival, which took place in the streets of Sint-Joost-ten-Node.

Passing on a love of music to the younger generation is essential for Anouk: she now teaches at the Academy in Gentbrugge, back where her musical journey began. 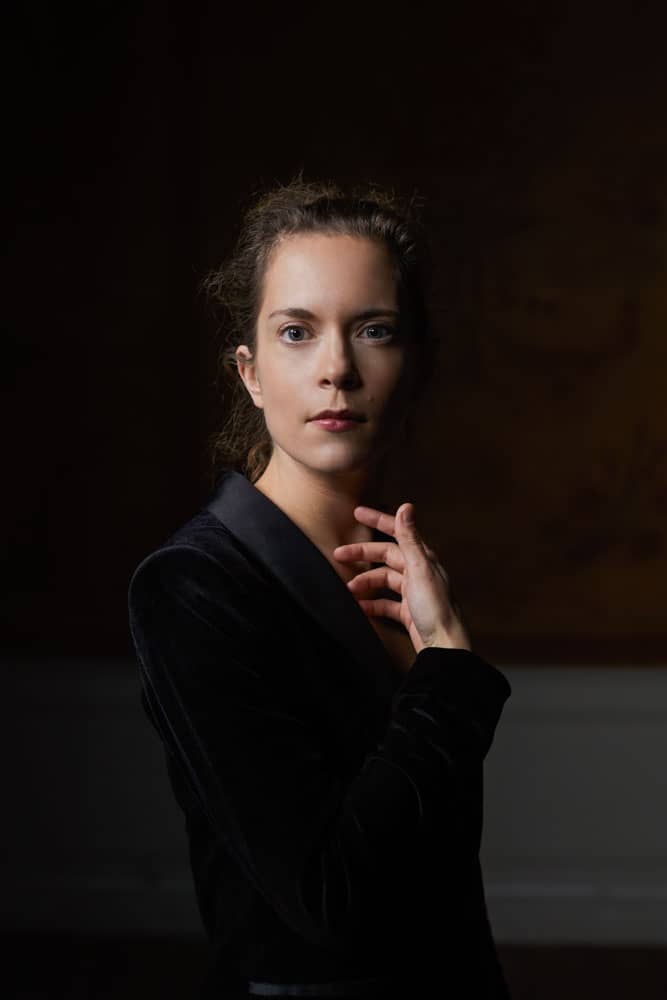 As a five year old, Lore saw a little girl playing the violin and fell in love with the warm, touching and versatile sound of the instrument. Later she discovered the addictive joy of singing together in a youth choir and words were added to the music. Lore started her musical career as a violinist. Along the way she discovered her vocal skills and pursued her musical education, studying at the Escola Superior de Musica de Catalunya in Barcelona and the Conservatory of Amsterdam.

In opera it all began with two Mozart roles, Barbarina (Nozze di Figaro) under the baton of René Jacobs and in 2017 Pamina (The Magic flute) at the Flanders Opera & Ballet.  In 2022, she will appear at Flanders Opera & Ballet in a staged version of Szenen aus Goethes Faust (Schumann) under Philippe Herreweghe and create the title-role in the world premiere of The Convert (Henderickx). Most recently she made her house debut at both the Grand Théâtre de Genève and the Royal Opera House Versailles in the baroque opera Atys (Lully). Each time under the direction of Leonardo Garcia Alarcon.

Feeling at home in various repertoires, Lore has made a name for herself as a versatile singer and refined interpreter. Adept in various periods and styles, she is held in high regard by the leading figures in both early music and historically informed trends, as well as by the followers of modern practice. This has led to collaborations with the Brussels Philharmonic, the Antwerp Symphony Orchestra and the Belgian National Orchestra.

She has a genuine affinity for chamber music and was acclaimed at MA festival and the Valetta Baroque Festival. Alongside her enjoyment for Revue Blanche, she performs with ensembles such as Il Gardellino, Capella Meditterranea, Zefiro Torna and the Nederlandse Bachvereniging. Lore puts herself forward as an enthusiastic exponent of the delicate and intimate lied repertoire, giving recitals at the Crete Senesi Festival and the prestigious Oxford Lieder Festival. She collaborates on a regular basis with Inge Spinette and has recorded various CD’s with her.

She is also very active in her own community of Schaerbeek, being the driving force behind the festival Mus’ici 1030, putting local musical talent in the spotlight. 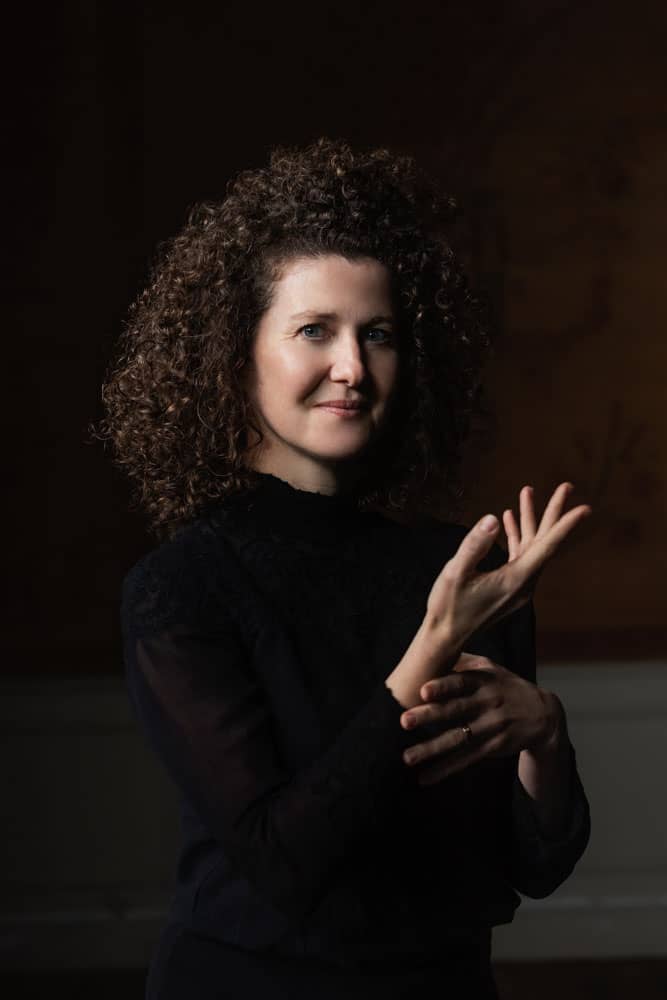 Caroline discovered her passion for the flute as a child; music was a way to discover another universe that was endless and inexhaustible. Even today she still marvels at this magic while making music. She studied at the Ghent Conservatory with Philippe Benoit and the Brussels Royal Conservatory with Carlos Bruneel.

Regular collaborations with De Munt Brussels and Opera Ballet Vlaanderen show that she feels also at ease in the opera repertoire.

Apart from hugely enjoying the orchestral repertoire, Caroline also relishes chamber music. Firstly with her own ensemble Revue Blanche, but also as a freelancer with I Solisti del Vento and Ictus. Chamber music is a constant exploration for her with its greater freedom and the continual quest for complete fusion and the interweaving of timbres.

At the art high school in Brussels and at the Academy for Music in St. Lambrechts-Woluwé, Caroline inspires, motivates and guides young flautists through a musical journey that is as diverse as possible.